Posted on July 27, 2019 by maxemfingerrecruiting This Incredible New LSU Football Locker Room Facility Renovation also added an Unbelievable New Nutrition Center that is a Wide-Open Cafeteria that can seat 180 People, Complete with Their Own Chef, Michael Johnson, who has Spent Three Years, Cooking for the Seattle Seahawks Football Team. 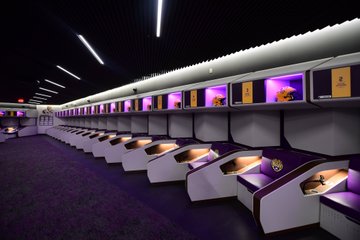 There Are Locker Rooms and Then There is The New LSU Locker Room. This Unbelievably Innovative LSU Locker Room is About 8,000 Square Feet and Built for Relaxation, Recovery, Comfort, and Recruiting. It Features a One-Of-A-Kind Locker Room and Includes a Specialized Ventilation System and Bacteria-Resistant Surfaces. 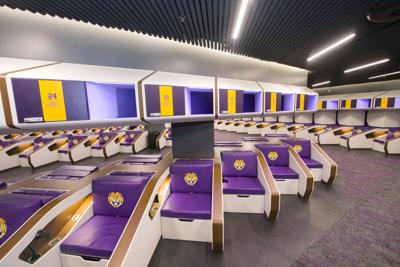 This New Mind-Blowing Football Facility Includes a Players Lounge, that was Funded by a $1 Million Donation from former LSU Great Defensive Back Tyrann Mathieu, that also Includes Arcade Games, a Theater, and a Ping-Pong table.

This New LSU “Walk Through Room” is as Wide as a Regular-Sized Football Field, so That The Entire Offensive or Defensive Starting Lineup Can-Participate in a Complete Starting Lineup Walk-Through.

The “Walk Through Room” is about a 50-Feet-Wide and 12-Feet-Tall Room with an Artificial Grass-Turf Floor, where The LSU Football Players Can Stand in front of The Virtual Football Field and Practice how they Would Perform In The Game and Be Able To-Line Up During The Actual Football Game. 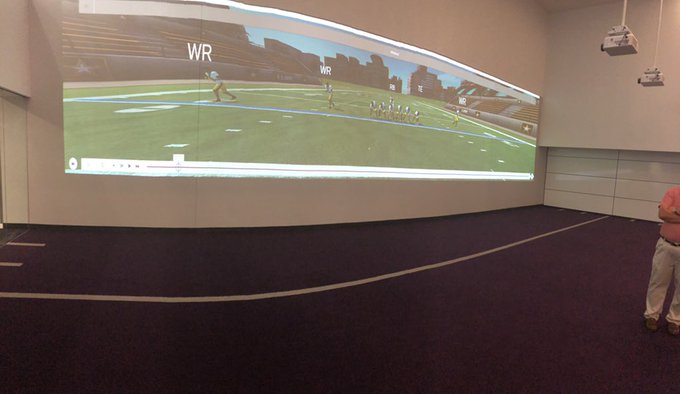 Here Is The New Innovative “Walk Through Room” Where Complete Starting Lineups Can Come-In And Work-Through Different Formations Against The Various Opponents! 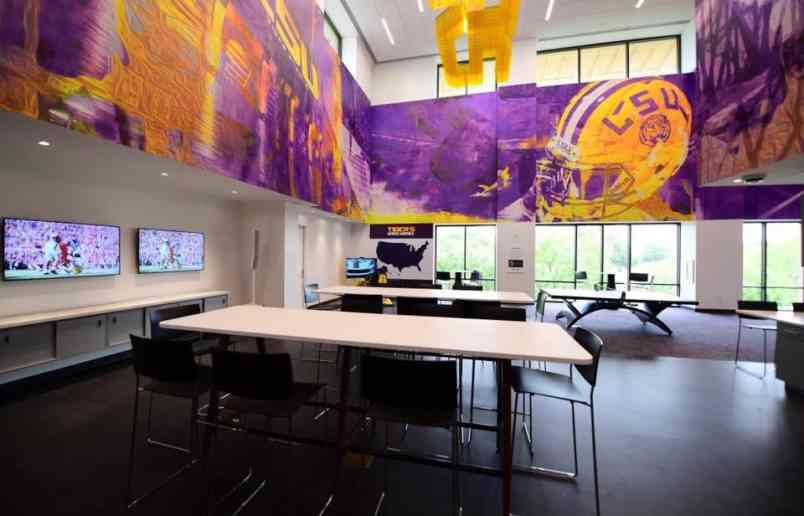