The Two New “K’s” At Arizona Are Going To Shock The NFL! By Super Scout Max Emfinger

Posted on April 27, 2019 by maxemfingerrecruiting

The Two New “K’s” At Arizona Are Going To-Shock The NFL!
By Super Scout Max Emfinger 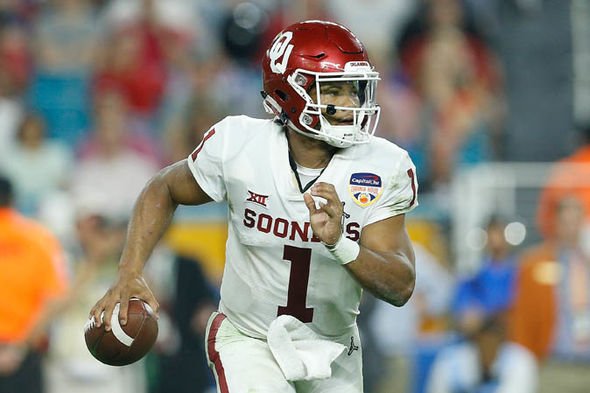 The Observers Who Thought That Kyler Murray (#1) Was Too Short or Too Small, To Play in The NFL, Never Saw Him Play or Probably Would Not Know An Unbelievably Talented Player, With Incredibly Gifted Quarterback Skills, if They Saw One. Murray is Also One Of The Most Gifted and Talented Athletes In History To Play Two Sports In High School and College.

Kyler Murray is Also one of The Best Athletic Dual-Threat College Quarterbacks that I Have Ever Seen, In My 47 Years Of Scouting and Evaluating Football Players in High School, College, and The NFL. Murray Just Has The Unbelievable Athleticism, and there is a reason that he was one of The Most Sought-After Quarterback Recruits in The Country Coming-Out of High School, but he is more than just a Great Athletic Dual-Threat Quarterback, because He has an Incredibly Quick-Release and He Throws Really Impressive Darts past Defensive Backs.

At First, Everyone Thought That The Oklahoma Sooners Quarterback Kyler Murray (5-10, 207, 4.32) was Probably Not Going To Play in The NFL, because he had Already Signed a Multi-Million Dollar Contract Multi-Million Dollar Contract ($4.66M) To-Play Major League Baseball with The Baseball Oakland Athletics, who Drafted him #9 in The 2018 Major League Draft.

“The Baseball Career for Kyler Murray had always had a “Very Defined Path” which included playing Football for The Oklahoma Sooners in 2018, but for only in That 2018 Football Season,” Said his Agent Scott Boras.

The Problem with This “Very Defined Path” for Kyler Murray was that he Was Destined To Become One of The Greatest Quarterbacks To Ever Play Quarterback in College and The Same Might Also be said in The NFL.

When Murray Signed With The Oakland Athletics about a week after The Major League Baseball Draft, he Signed with The Strict Understanding that he was Definitely going to play One More Football Season for The Oklahoma Sooners as The Replacement for The 2017 Heisman Trophy Oklahoma Quarterback Baker Mayfield.

The Kyler Murray Selections also Created a Couple of Firsts as he Became The First Athlete To Get Selected in The First Round in Both The NFL Football Draft and Also The MLB Baseball Draft. The Oklahoma Sooners Also Became The First College To Have Two Players From The Same Position Selected As The First Overall Selection in Back-To-Back NFL Drafts.

What was Really Interesting was that The Arizona Cardinals Held The NFL #1 Draft Choice and their New Head Football Coach, Kliff Kingsbury (In Photo), Had Already Been Quoted In October as Saying that he would Draft Kyler Murray (#1, In Photo) as His #1 Overall Selection in The 2019 Draft, if he had the Chance. They Had Already Drafted a Super Quarterback In Josh Rosen in The #10 Overall Selection Of The 2018 NFL Draft, but After Drafting Murray, they Traded Rosen To The Miami Dolphins. 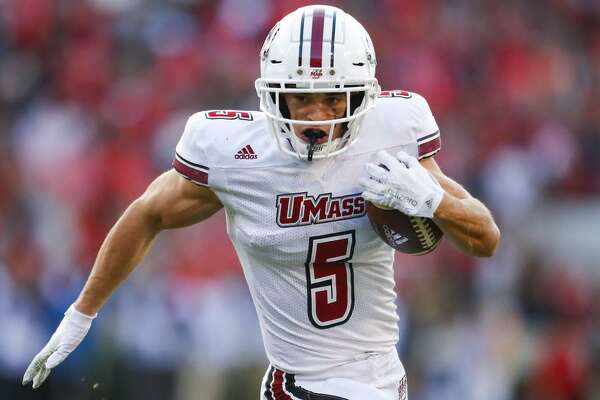 Butler Is The Second Wide Receiver That The Cardinals Drafted In The First Four Rounds, as They Entered The 2019 NFL Draft and Targeting Super Talented Players To Play In “The Kingsbury Air Raid Offense” System. With Murray, Isabella, and Butler, They Began To Build an Incredible Offense.

Coach Kingsbury has Made a Fabulous Reputation in Coaching Great Quarterbacks to Stardom as he has Already Coached Two Such Super-Stars in Johnny Manziel at Texas A&M and Patrick Mahomes at Texas Tech. He also Has Incredible Ties To Super Head Coach and Good Friend, Mike Leach of Washington State, Who is The Creator of The “Air Raid Offense” and Who Kingsbury Played-For at Texas Tech.

Following The 2002 Football Season, Kingsbury Received The Sammy Baugh Award Trophy as The Best College Passer. He Also Was Selected as an  Academic All-American and Player of the Year. Kingsbury Also Was Selected as a Unanimous All-Big 12 Conference and The Associated Press Offensive Player of The Year, and 9th in Heisman Trophy Voting. These Incredible Awards Were After Kingsbury Broke His Own Texas Tech Single-Season Passing Records by Completing 479 of 712 Passes, For 5,017-Yards, 45 Touchdowns, and a Tremendous 67.3 Passing Completion Rate.

It is also Pretty Obvious that Coach Kingsbury Will Love to Coach Heisman Trophy Award Winning Quarterback Kyler Murray in his First Football Season with The Arizona Cardinals And Then Getting Super Slotback Receiver Andy Isabella in Round #2.

Kingsbury Has Known Kyler Murray Ever Since He Was 15 Years Old and He Tried To-Recruit Him To Play at Texas Tech, But He Was not Able To Get Him To Become a Red Raider, But On Thursday Night, The First “K” (Kliff) Was Able To Get The Second “K” (Kyler) To Be His quarterback, as The Arizona Cardinals Selected Murray As The Overall #1 Selection In The 2019 NFL Draft. These Two “K’s” Will Absolutely Shock The NFL in 2019.

“It’s something that We Have Talked About for a Long Time,” Murray said. “God Works In Mysterious Ways” For Me To Play for Coach Kingsbury and Now It Is a Surreal Feeling.”

Coach Kingsbury was Unbelievably Ecstatic in Getting The Most Perfect Quarterback For The Kingsbury “Air-Raid” Offense Despite Being Only 5-10 and 207 Pounds. Many NFL Scouts Have Compared Murray To The Seattle Seahawks All-Pro Quarterback Russell Wilson, But Coach Kingsbury Believes That Murray Has Absolutely A Much More Greater Potential.

SIDEBAR I: With The Two “K’s” and Isabella, The NFL Is In For A Shock in 2019. Coach Kingsbury Will Be Able To Implement His “Old College” And Current “Kingsbury Air Raid Offense” For The Arizona Cardinals. Heisman Trophy Winner Kyler Murray Will Shock The NFL With His Passing. Super Slotback Wide Receiver Andy Isabella Will Become His “Go To” Receiver andSuper Large Wide Receiver Hakeem Butler Will Become Another“Go To” Receiver In “The Kingsbury Air Raid Passing Offense” Agenda.

In Addition To Getting Heisman Quarterback Murray In The First NFL Selection and Super Slot Receiver Isabella In Round #2, The Arizona Cardinals Are Going To Implement “The Kingsbury Air Raid Offense.”